We spent February Half Term in Aviemore, it was quite windy which meant we didn’t get as high as we would have liked and quite warm so not as much snow to play in either. 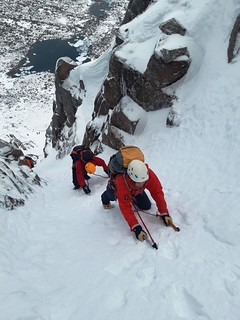